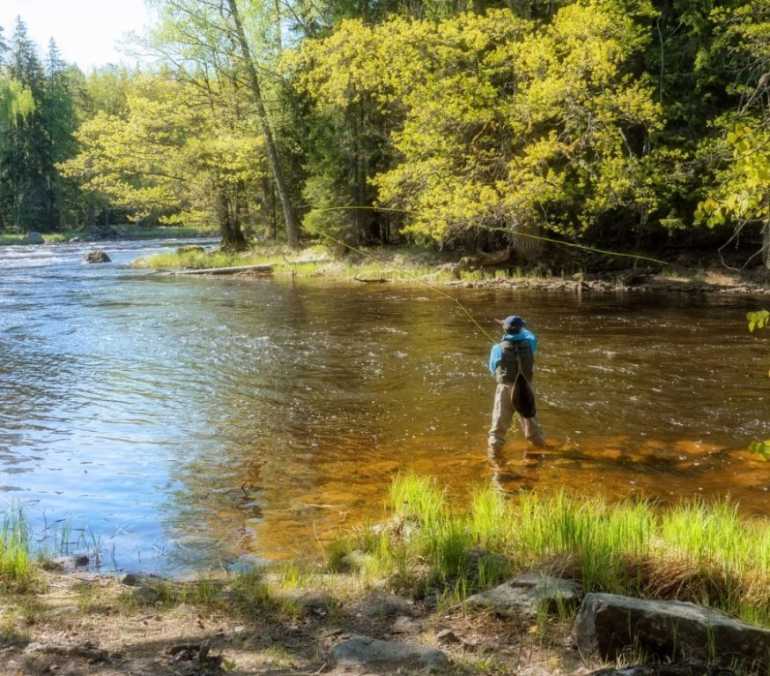 Sitka; found in Alaska is the major stopover for the world class Salmon that are heading to the Great Britain, Washington and several other water bodies in Alaska. Fly fishers who fish at Sitka have greater opportunities of having the highest rate of fish catches than fly fishers at South east Alaska. The best month for fly fishing in Sitka is June during the stopover.

River Colorado in Arizona is another great fly fishing spot for the famous and almost extinguishing species of rainbow trout. The rainbow trout can be found along the fifteen mile stretch of cold water that flows from the deep Powell Lake that is between the Glen Canyon Dam and toward the upper end of the Grand Canyon during the whole year. Fly fishers get the opportunity to book a guide who will take them for flat fishing for a very costly price of twenty-five-pound carp.

Montauk Point in New York is the best spot for salt water fishing. Montauk Point is located at the easternmost point of the Long Island. This place is has a reputation where fishers carry out stripper fishing. Fly fishers have the chance to experience several miles of the impressive shoreline while they cast their fly.

Gunpowder Falls found in Maryland is the most excellent place where fly fishers catch the cold water trout. Maryland state authorities struck a deal with Trout Unlimited where t they could start the cold releases from the Pretty Boy Dam. A combination of a brook and rainbow trout resulted from the releases. Gunpowder Falls State Park is mostly known for fly fishing activities.

Fishing Creek, Pennsylvania is a top state known for its wild trout streams. The temperature around the area is cool especially during the summer period. Narrows; a five-mile stretch is a very popular area where fly fishers carry out fly fishing.

The Driftless Area is found in Wisconsin and has numerous and beautiful fly fishing streams that are home to the brown trout. The area also acts as an excellent access to all of the eight countries in Southwestern Wisconsin’s.Vernon County alone has a total of sixty-eight streams where most fly fishers in this area use the mayfly and caddis imitations during their fishing expeditions.

This spot has numerous rivers and lakes that act as locations for fly fishing. It is located in Texas which also has a southern coast that is a salt water -fly fishing area that is known all over the world. There are many kinds of fish found in the saltwater flats of Laguba Madre found next to the famous Padre Island.

This is the largest lake in Nebraska and is the greatest place to carry out fly fishing.The Fremont Lakes State Recreation Area is also another excellent fly fishing spot in the state since there is a series of up to twenty sandpit lakes carved into the Platte River basin.

Fly fishers who like fresh of salt water fly fishing have several opportunities to carry out fly fishing in the Best Fly Fishing Spots in the United States.