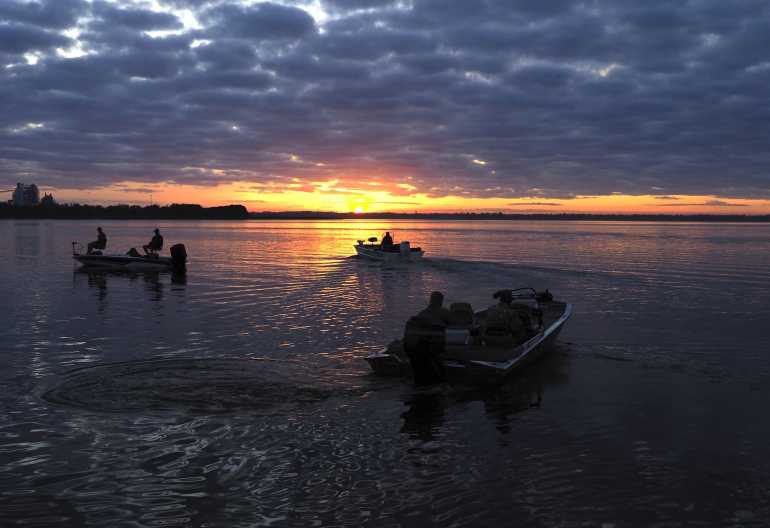 Since the days when the Spanish Armadas first appeared off of its shore, South Florida has been considered to be one of the best places for fishing in the world. It boasts a wide selection of sealife and waters that are crystal clear and warm nearly year-round. And that doesn't even include the beautiful beaches you'll find along many of the Southern Florida coasts.

When most people think about sports fishing in South Florida, they think of saltwater fishing in the Gulf Stream. The waters are deep and crystal clear and you'll find large game fish ranging from blue marlin and kingfish to yellowfin and blackfin tuna. These fish can be large enough to break a rod, but to be honest, that's part of the attraction. While some adventurous fishermen are trying fly fishing, most anglers focus on the more predictable results you'll get with trolling lures and baits.

Another great location for saltwater fishing are South Florida's shallow bays. One attraction there is that you'll find an unpredictable mix of fish. Bays are a great place to land a snapper, which are prevalent in South Florida. Snapper are attracted to live bait, but they can also hide in rocks and vegetation which make them hard to find. You might lose some bait in the rocks, but there are few fish more fun to catch.

River inlets can be another great location for saltwater fishing, with the trees and shore debris providing breeding grounds for all kinds of gamefish. But these areas can be tricky to fish and it helps to have an experienced local guide to point out the best places to drop your line.

Sports fishing in South Florida is not just limited to saltwater. There are also a large number of freshwater fishing options available as well. You have to start with Lake Okeechobee, which spreads across more than 700-square miles and is the second largest freshwater lake in the U.S.

Bluefish and other so-called "pan fish" are plentiful at Lake O and can be easily caught in the water plants and marshes along the shore of the lake. There are also plenty of Peacock Bass, which have a rainbow of colors along their tail. They can be hard to fool with artificial lures, but they'll put up enough of a fight to keep any fisherman happy.

Another place in South Florida to find freshwater fish is on the canals that crisscross the area. While the canals were built for hurricane flood control, they also hold a wide selection of bass and other smaller freshwater fish.

So no matter where you go for sports fishing in South Florida, you'll find plenty of options. That's why a lot of fishermen choose to book with one of the experienced sports fishing charter operators in South Florida. With so many options and lures to try, it's always great to have someone around who knows all the fishing secrets. Plus. it's always fun to be part of a group as you catch some of the fish of your dreams.

No matter where you go in South Florida, you'll find some of the world's best fishing. So the next time you're planning that special fishing holiday, think South Florida.